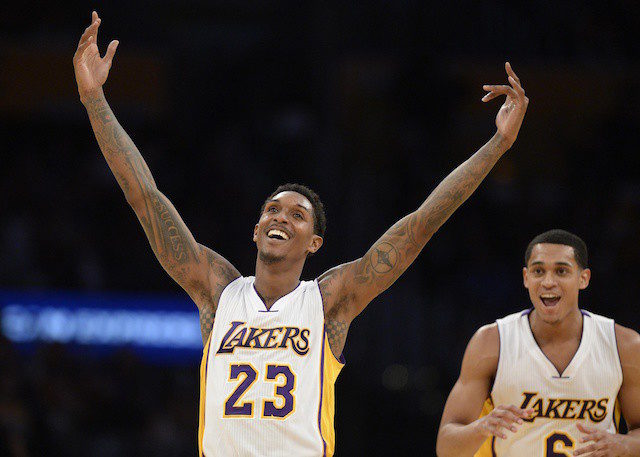 When an NBA team’s leading scorer is not a member of the starting unit, it is not only unusual; it does not bode well for the fortunes of that team. Such is the case this season with the Los Angeles Lakers, who are led in scoring by Lou Williams, who has played in all 50 games but started only one (when both starting guards were injured). Williams is not just leading the team in scoring; he is doing so by a wide margin despite the fact he only ranks seventh on the squad in minutes played.

Williams is having a career season in many offensive categories. He is averaging 18.2 points per game while shooting 43.7 percent from the field and connecting on 37.9 percent of his three-point shots. His free throw shooting percentage is 88. He is also averaging 2.3 rebounds and 3.0 assists per game, and his PER rating of 23 far exceeds that of any other member of the roster.

All of these shooting statistics are well above his career averages, and most are career highs. Over the past twelve seasons, Williams averaged 12.7 points on 41.7 percent shooting overall and 34.5 percent from three-point range. He is a career 82.4 percent free throw shooter. If you ignore his first two years in the league when he barely played, his shooting percentage this year is the highest in his 12-year career.